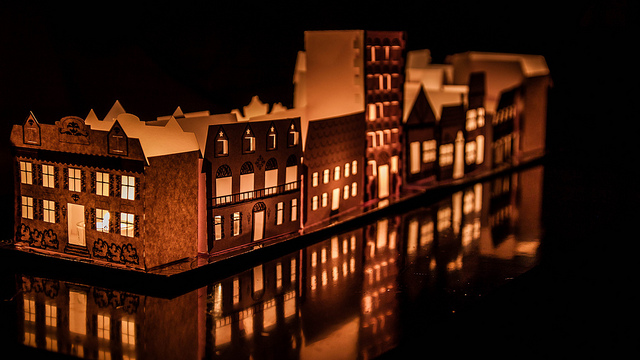 Though gravel was no scholar
When a pebble hit his head
He resolved to get some stone to build a cottage
But the mayor, who owned the sawmill,
Had him strapped unto a bed
Some are folded with a fault, the doctor said
But the pills they made him take he would now swallow
One morning as hail was pounding down
He fled the site of folding carton town

He woke up sore and gritty
Into the emptiness of night
So he fumbled through the void for something solid
Then he came upon a cabin
Staggering inside
He saw a cauldron on fireplace alight
To this day, no one knows what then transpired
Some say Gravel’s that lonesome hollow sound
That haunts the nights of folding carton town

Want to join the discussion?
Feel free to contribute!

The Water in Me
Scroll to top